Hello all,
in this next card i used a vibrant watercolor wash, and i masked the areas that i wanted to be crisp white. I wanted to make a night scene, where i would look over a hill, and see a house and some trees.

In order to have the nice effect of the crisp white, i needed to mask off the areas. I did not have liquid frisket at hand, so i decided to use a normal masking paper. Also i had to construct my scene as i did not have a die that would fit.

So i die cut some trees, with a cuttle bug die, a house, and a circle for the moon.

I placed the masking on the paper, and then i added m y watercolor on top.  Now the masking paper will pop off your areas because it will be too wet, so you have to be quick and heat set the entire card.

I did some small area where the blue got behind the mask, but i used a white gel pen to fix the problem.

I really love the effect of the crisp white in the background. As a last touch i used white enamel dots to make the stars. If i would have had the frisket that would have been much easier. 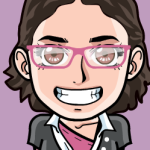 Hi! I'm Claudia, welcome to my blog for crafts and everything art related. I am a blogger paper crafter and artist, sharing my love for the arts.

This site uses Akismet to reduce spam. Learn how your comment data is processed.

Hi! I'm Claudia, welcome to my blog for crafts and everything art related. I am a blogger paper crafter and artist, sharing my love for the arts.

All opinions are my own. I own craftmyartwork.com and I will advertise products made by us. If I receive a product to review, it is my policy to make note of how it was acquired. I only recommend products I genuinely use or create myself.
I belong to the following affiliate programs: ShareASale and Amazon. Compensated affiliate links are used when possible.
These links are at no cost to you, however, if you choose to purchase any of the products I will be compensated with a commission, that would help pay for the upkeep of this blog.

Any cookies that may not be particularly necessary for the website to function and is used specifically to collect user personal data via analytics, ads, other embedded contents are termed as non-necessary cookies. It is mandatory to procure user consent prior to running these cookies on your website.

Analytical cookies are used to understand how visitors interact with the website. These cookies help provide information on metrics the number of visitors, bounce rate, traffic source, etc.

Performance cookies are used to understand and analyze the key performance indexes of the website which helps in delivering a better user experience for the visitors.

Advertisement cookies are used to provide visitors with relevant ads and marketing campaigns. These cookies track visitors across websites and collect information to provide customized ads.